CNSW jumps on board the 2016 Steer North Ride

CNSW jumps on board the 2016 Steer North Ride

This partnership will see Steer North and CNSW cooperate to promote physical activity and healthy lifestyle choices across the State.

Steer North is inspired by the late Dr Mike Helal who dedicated his life to education and charity. Mike fought bravely in his battle against cancer and has inspired his family and friends to continue the fight against this awful disease while empowering people to live healthy lives.

Steer North delivers a health promotion program delivered over an annual 4000 km cycling journey from Melbourne to Cairns. With a cycling route that captures over 65 per cent of the Australian population, Steer North riders engage with the Australian community at large in the aim of inspiring and empowering people to live healthy and active lives.

As the governing body for the sport of cycling in NSW and an affiliate of Cycling Australia, CNSW’s vision is: “To build a love of cycling. More People Riding, Racing and Watching.” It provides support and services to 62 clubs and more than 8000 affiliated members.

Steer North co-founder and executive director, James Helal said by partnering with CNSW Steer North would be capable of expanding its reach to empower more people to live healthy and active lives.

“This partnership will allow Steer North to work with CNSW’s community of active and engaged athletes to promote the health benefits of cycling and other forms of physical activity,” he said.

CNSW CEO Phil Ayres said the organisation was delighted to partner with Steer North, whose visions and aims aligned with its own.

“CNSW will help Steer North by providing the necessary event equipment to facilitate the 2016 Steer North Ride,’’ he said.

“The ride represents Steer North’s signature health promotion campaign and will be delivered over a 4000 km cycling journey from Melbourne to Cairns beginning December 3 this year.”

To find out more about CNSW, including membership benefits, visit the website at www.nsw.cycling.org.au 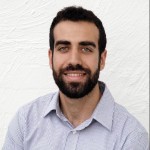